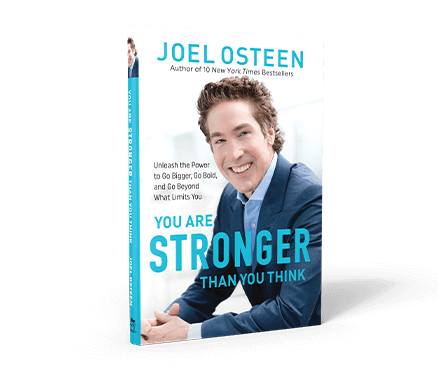 YOU ARE STRONGER THAN YOU THINK

You are Victorious! This book will help you see that the spirit of God within you is stronger than any obstacle you will ever face. God is working behind the scenes on your behalf. He is making a way where there seems to be no way.

When God asks you to go the extra mile, that's a sign He has something amazing in your future. Every time you choose to obey, His unexpected favor will follow.

If You Only Knew

Stay Strong in God Through Joy

When God asks you to go the extra mile, that's a sign He has something amazing in your future. Every time you choose to obey, His unexpected favor will follow.

If You Only Knew

Stay Strong in God Through Joy

When the prophet Elijah was about to be taken up to heaven in a whirlwind, three times he told his assistant Elisha that he did not need to go with him to Bethel. But Elisha, who had taken care of Elijah faithfully, wouldn't hear of it. His attitude was, "I'm committed to you. I was with you in the good times of miracles, and I'm going to be with you to the end." Elisha had plenty of reasons to walk away, but he was committed. Because he stayed committed to serving Elijah, Elisha received a double portion of Elijah's anointing and ended up performing twice as many miracles as Elijah did.

When you stay committed to your marriage, to your church, or to your job even though it's hard, a double portion is coming--double favor, double honor, double resources. When you do the right thing when the wrong thing is happening, God will make things happen that you couldn't make happen. Stay committed, stay faithful, stay loyal. You're close to your breakthrough! 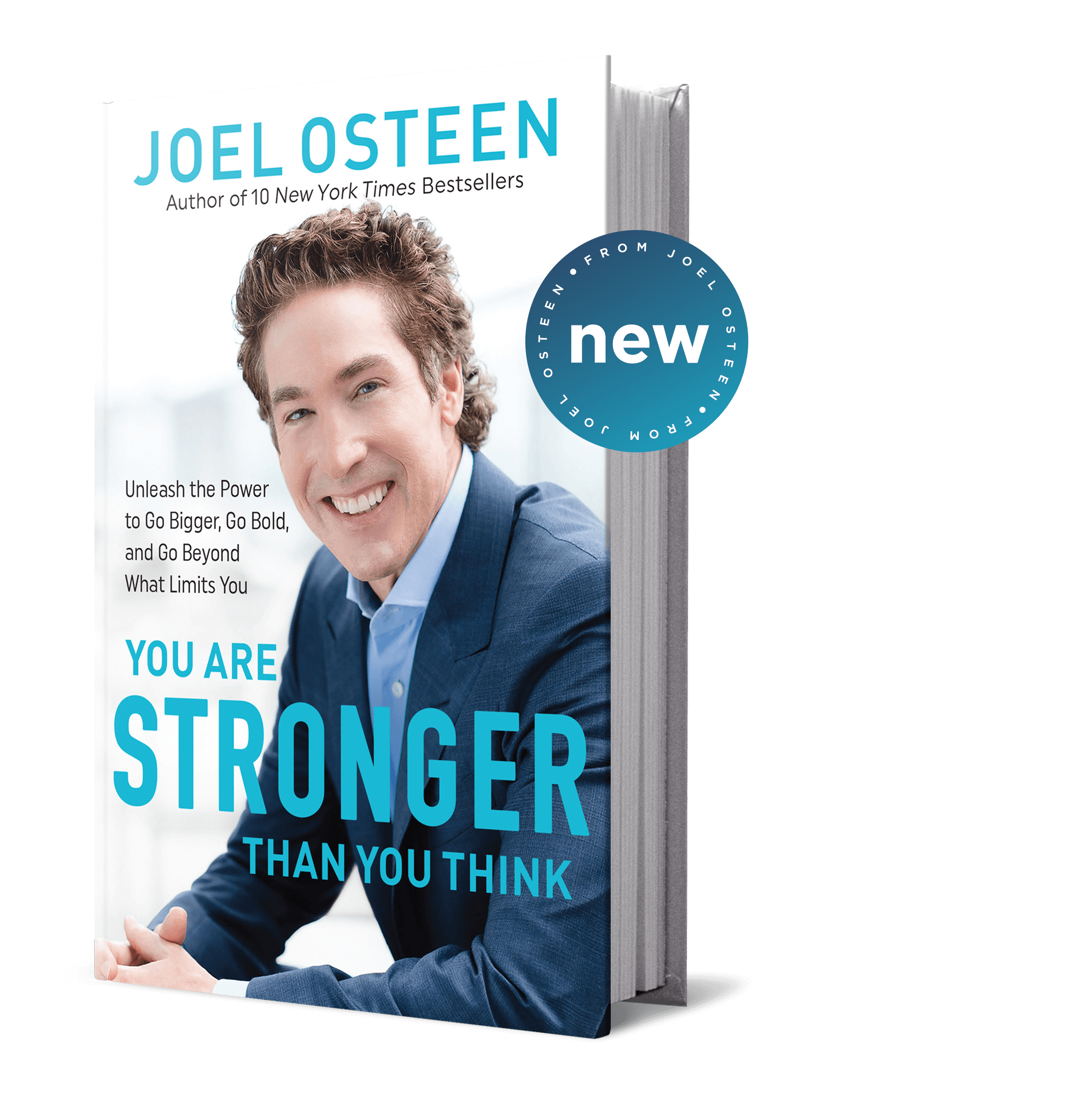 You Are Stronger Than You Think

Believe and declare that you are strong, you are victorious, and you are able. You’re going to accomplish dreams bigger than you imagined, overcome obstacles that look insurmountable, and reach the fullness of your destiny! Pre-Order your copy today! 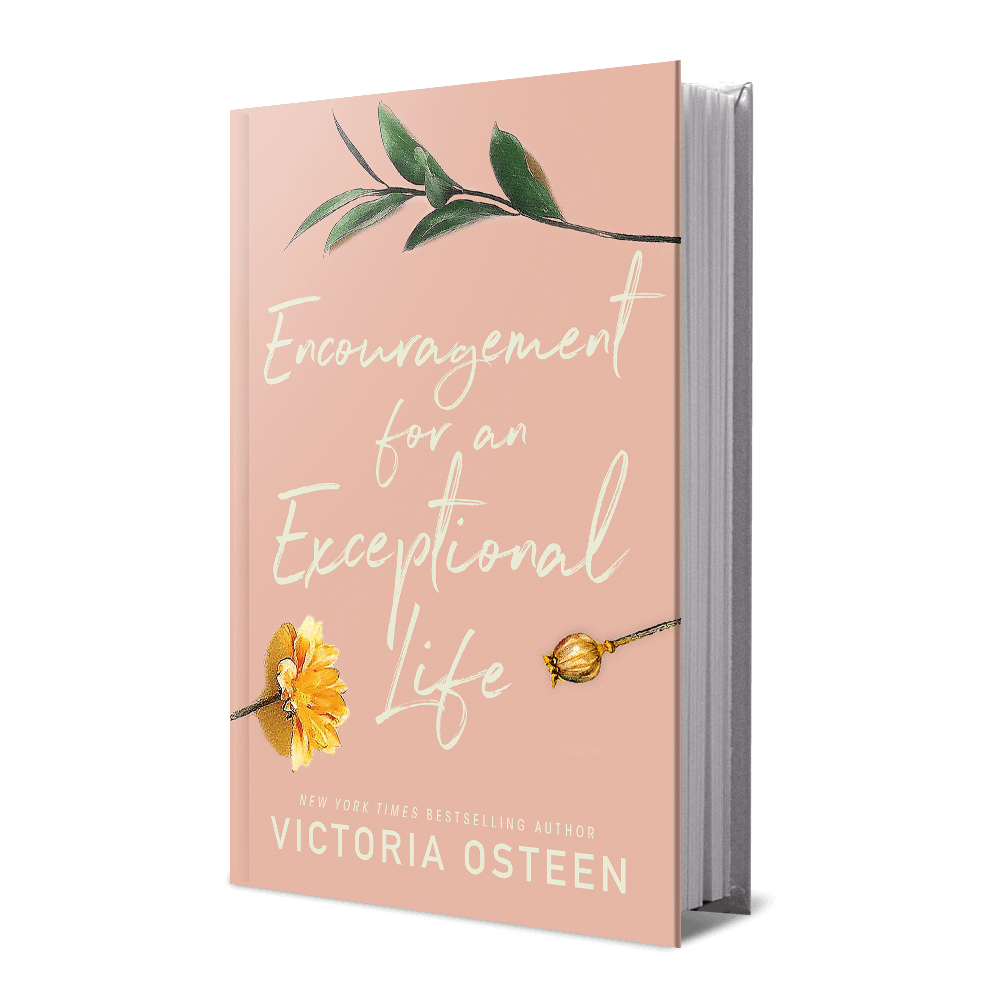 Encouragement for an Exceptional Life

Victoria Osteen provides refreshing insights to help you live your life to the fullest. 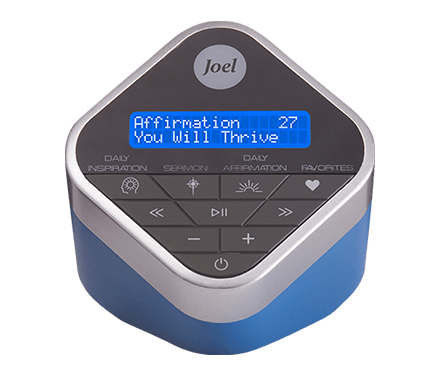 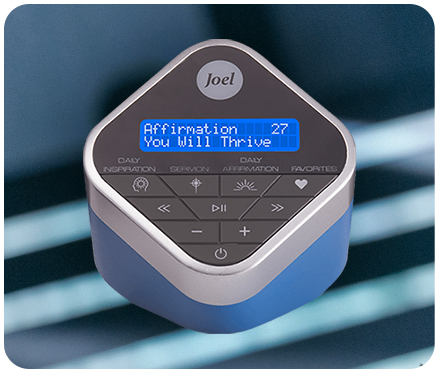 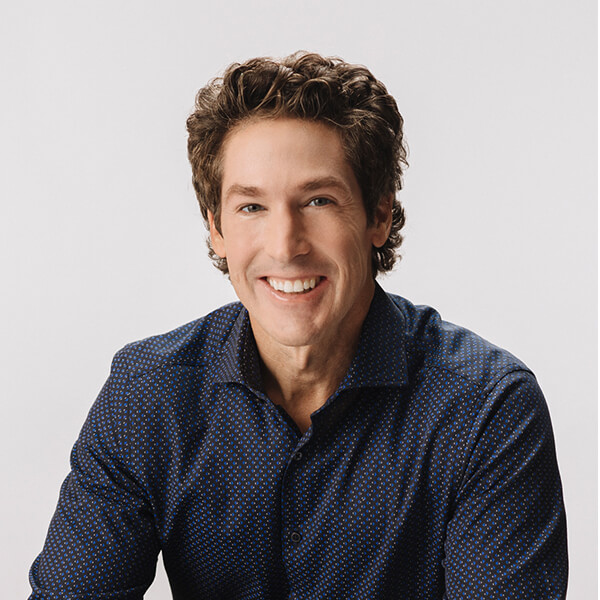 The Moment You Pray

We all have things we're believing will change. We're fighting an illness, struggling with an addiction, or dealing with fear, anxiety, or depression. We know that God promised He will restore our health, that our children will serve the Lord, that we will be free from the fear. We prayed and believed, but we don't see anything improving. What you can't see is that the moment you prayed, the source of what was coming against you in the unseen realm--the fear, the addiction, the sickness--was cut off. What's feeding it has been cut off, and it's dead. Don't get discouraged because you don't see anything happening. It's just a matter of time. What God promised you is on the way.

One day Jesus saw a fig tree off in the distance. He was hungry and walked over to get some figs, but the tree was barren. He said to the tree, "May no one ever eat fruit from you again" (Mark 11:14). He cursed the tree. But when He said it, nothing on the outside changed. The disciples had seen Jesus speak and the sick were healed and storms calmed immediately, and I can imagine they wondered what went wrong. But the next morning "the disciples saw the fig tree had withered from the roots." When Jesus spoke to the tree, nothing happened on the outside, but the source was cut off in the roots. When the roots are dead, the tree is dead. It may still look alive, but it's just a matter of time before the outside catches up with the inside.

The moment you pray, God cuts off the source. That addiction looks alive, but if you could see the roots, you would realize it's dead. That sickness seems permanent, but have a new perspective: The roots have been cut off and it's dead. Don't get discouraged because there are still leaves on the tree. The Scripture says, "I will break the strength of the wicked, but I will increase the power of the godly" (Psalm 75:10). The power of everything that's trying to stop you is being cut off. It's only temporary. Every day it's withering, getting weaker. On the outside it may look the same, but it's drying up inside.

God has already cut off some of the things you're worrying about. You haven't seen it, but in the unseen realm things have changed. The anxiety that you've been praying about is already dead. The source of the trouble at work has already been cut off. Now do your part and stay in faith until it manifests. Keep thanking God, keep talking like you're free, keep thinking like you're healthy, keep acting like you're victorious. You will see what God promised.

The Transforming Power of Remembering

He Sees and Knows


Join Joel & Victoria Osteen for the following virtual launch events
celebrating the release of You Are Stronger Thank You Think:

God is not through with you. What He ordained for your life will come to pass.